45 years old and been doing these melon grabs for the last 25 or so, the 360 flips for the last 20 maybe? I can't even remember. I still can't believe what has happened since that first time I saw someone do a trick on a skateboard and realized I needed to get one.

Through the woods, up and down a mountain side, bits of rock climbing, and a dive into a sketchy channel with waves crashing into rocks. What a good one!

Brittany is the design department and I'm the IT and code monkey department. Put the departments together for this year's Digital Christmas Card and you have this silly scratch off game: OMG EMOJI.

A little over a year ago when Brittany and I thought of a bunch of silly Photoshops of rappers holding cereal tweaked and punned to match their names, we were fully entertaining ourselves and kept cranking them out. Next thing you know, Snoop posts his, Waka posts his, and it sort of snowballed from there. Complex Mag picked it up and then it went to Mashable. Today we got this graphic from a friend showing how Rappers and Cereal made it onto Who Wants to be a Millionare. Damn! Get more from Brittany at her site. 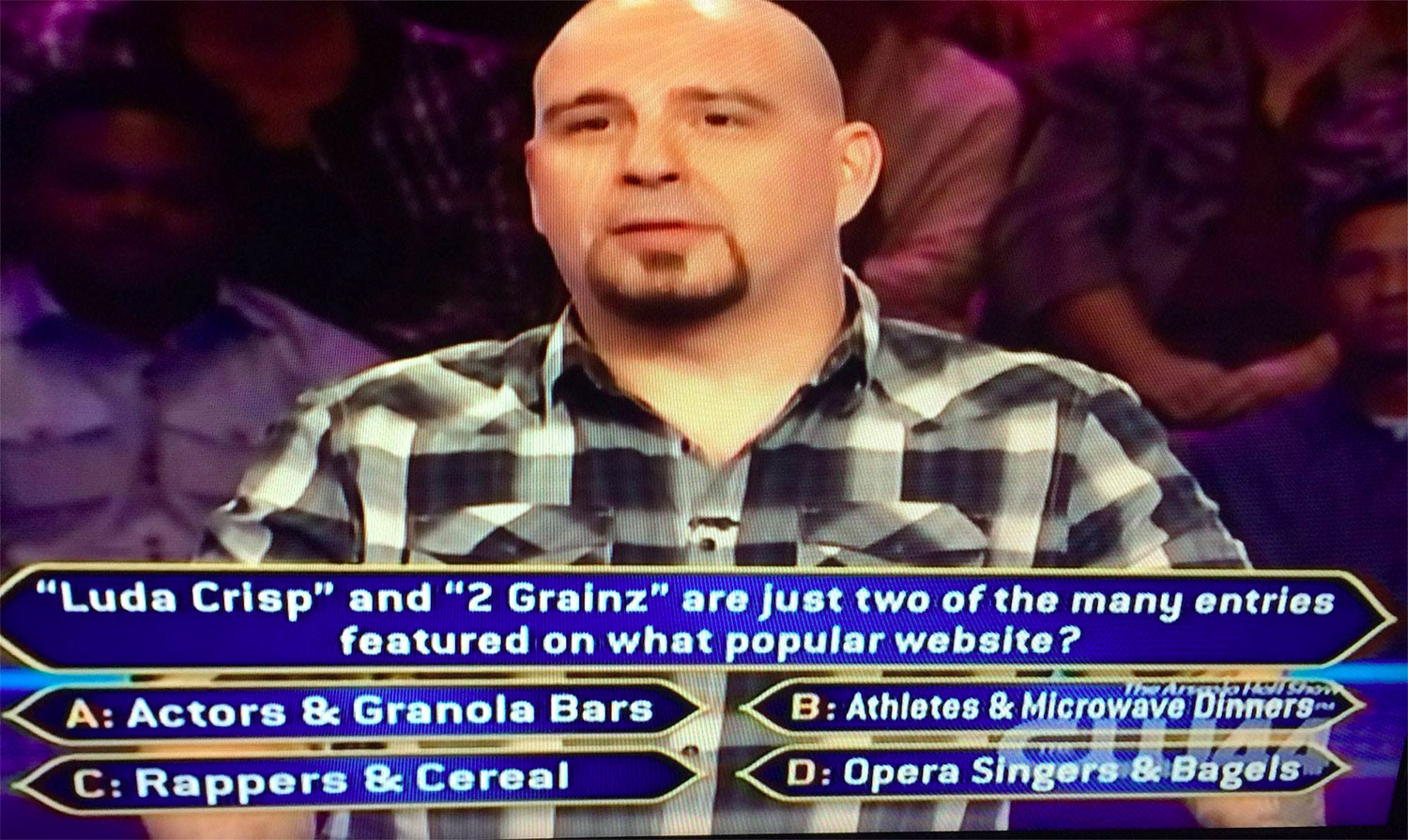 Brittany’s idea for maternity photos was us swapping out clothes. I of course had to change them all to animated gifs. I endured some nice stares from random bystanders as we quickly changed in our car for most of these. Meronek V2.0 comes on December 16th. Check out more work from Brittany on her portfolio site.

DJ Wade in China. First trick of the day after we discussed what a mind fuck it is to skate a bank to bank with no deck. My worst nightmare validated.

This is from HiDefJoe's footage.

When you're 42, it's nice that the best city in the world for street skating has spots that are old guy friendly. I could spend all day at this low impact bump to grass gap. Photos and of course a cell phone edit coming up later. Thanks to HiDefJoe for filming these two clips of me this weekend.

Ryan Clements always goes all out on his Halloween costumes. This year, he gets the Oscar for acting like a crazy Ybor City preacher. Some people get right away that it's a joke and others just can't seem to get past their anger. His Rebel Flag belt buckle isn't helping matters. Check out a small sample of the amazing characters we encounter on 7th Avenue during Guavaween including a near fight with a roofer kid bragging about his GPA.

Dear America:
You don't know how to eat right. You aren't disciplined enough to live within your means. You have to be forced to save for your lazy ass retirement. You need gub'ment incentive to recycle. And among many other things, you don't understand that you shouldn't drink and operate a motor vehicle. You can't even dress yourself. You are a child. And you think taxes should be lower? Wow. Happy tax day. Pay up, bitches. It's good for you whether you admit it or not. The gub'ment doesn't do a perfect job with our tax money, especially with skateboard facilities, but overall they certainly are doing much better than you. I love you anyway, America. Thank you. The stiff goonies running the Skypoint building in front of Curtis Hixon Park sent this out in an email to all the residents:

"Please call the Tampa Police Department if you see anyone abusing our new park. This would include adults abusing the children's park, skateboarders, vandals and people not picking up after their dogs."

I witness these atrocious acts in Curtis Hixon Park on a daily basis, so in an effort to make myself an even more outstanding citizen of society than I already am, I made the call to TPD to report the pooping I run through while skateboarding in the Park.